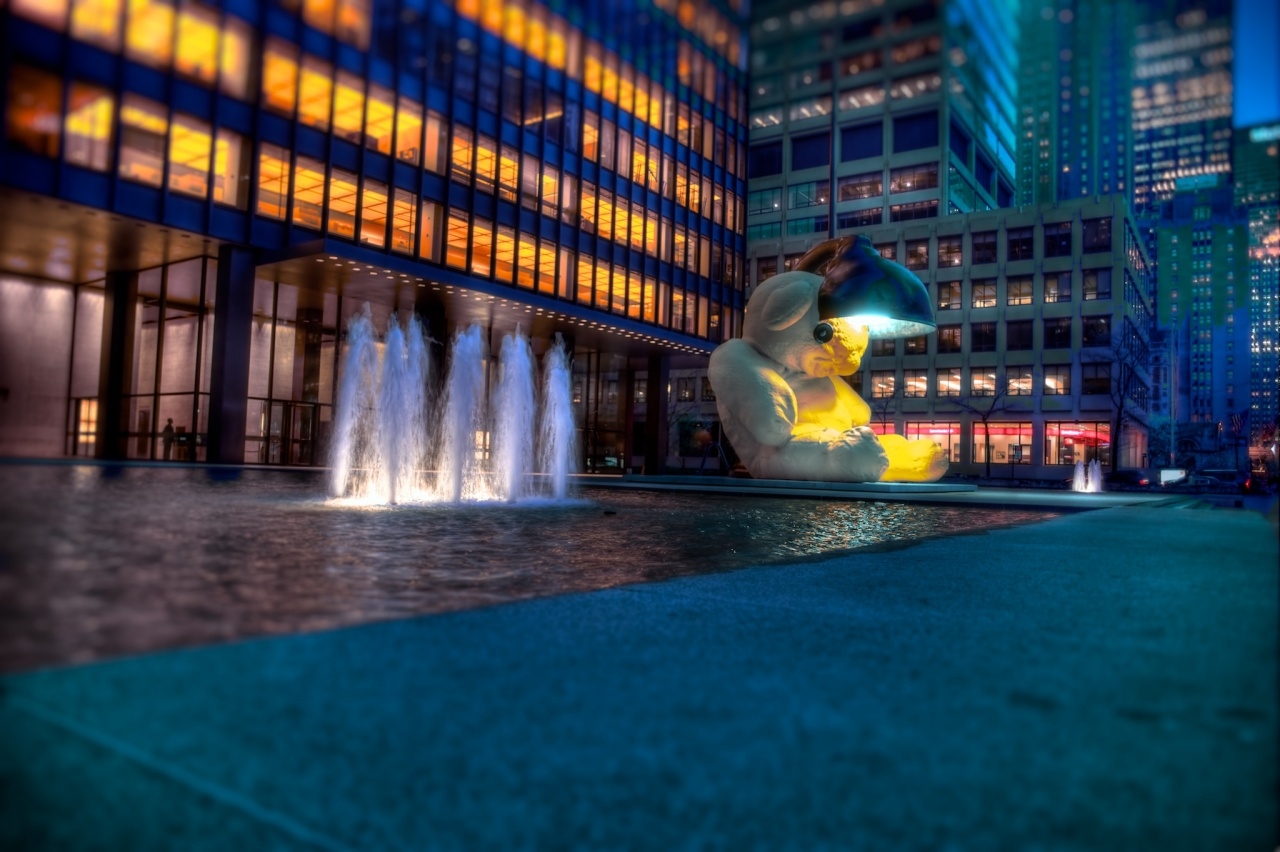 The plaza in fron of the Seagram Building on Park Avenue is one of the city’s most successful public/private spaces. I admire the building management for trying new things every now and then, but not this.  This is called Untitled (Lamp/Bear) and is going to be auctioned off by Christie’s in May. Ever since the Cow sculpture exhibit from a few years ago, it appears that the dominant theme in public art installations is whimsey.

I like whimsey, but it is not, by itself, enough to make art interesting.

I do, however, appreciate that the bear is on twitter, with a profile that reads, “i’m a bear. under a lamp. in front of a building. you figure it out.”