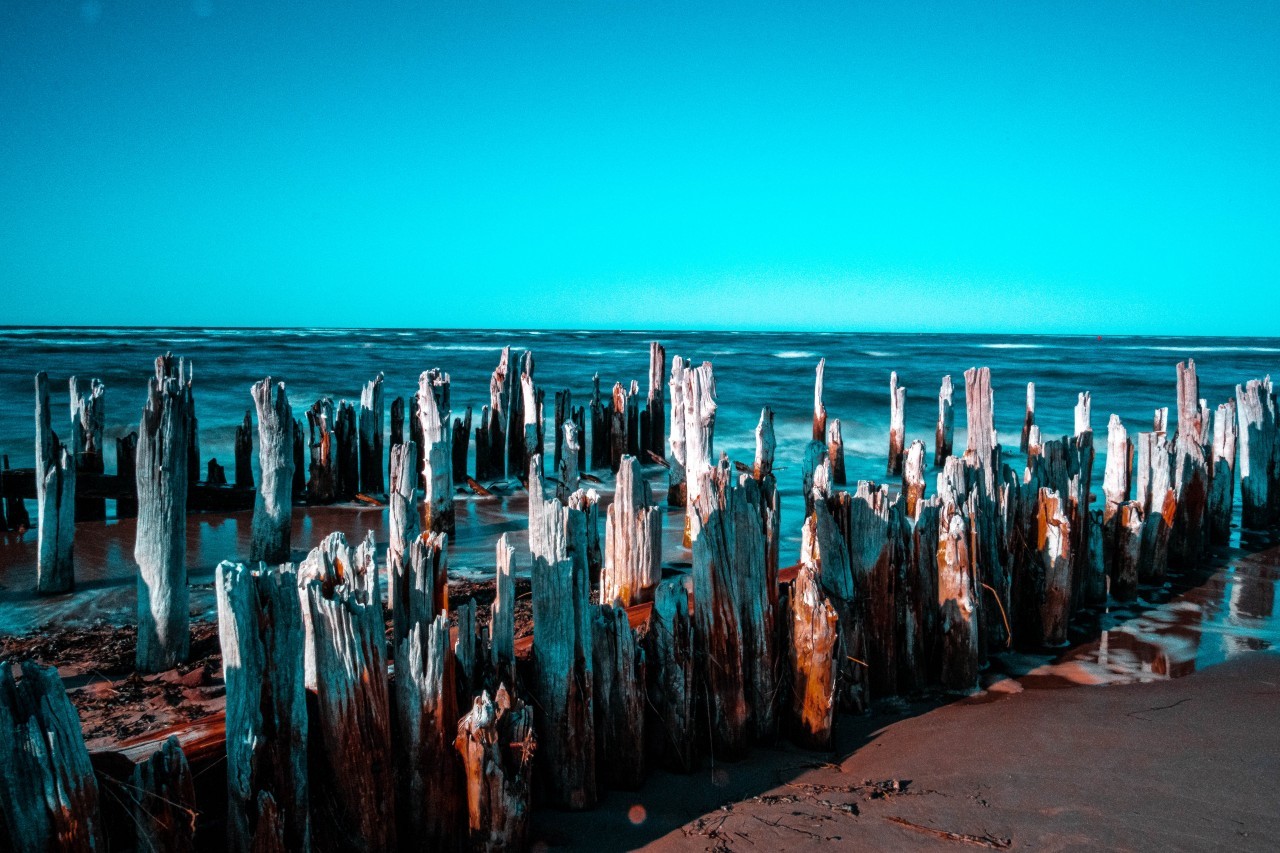 One afternoon on the nXnw trip to Prince Edward Island we drove to a town called St. Peter’s. We visited the harbor in the early afternoon. Our primary destination there was a national park with the floating boardwalk feature, where we spent the sunset.

In between, we stopped by the St. Peter’s Harbour Lighthouse. It was later afternoon and the light was terrible. Also, the lighthouse is not particularly well situated for great compositions. But we had time to kill, and wandered along he beach where this was basically the only feature of note. These are all that is left of the supports for a pier which has been long gone.

We spent a lot of time here. We really did have time to kill. And as far as I know not one of us has shared a single photo from this spot until now. I manipulated the colors here to create something (I hope) of interest to compensate for the flat, boring light.